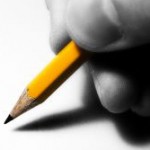 Welcome to autumn. All the leaves may not be brown and the sky certainly is not gray but it is a blast to be through summer and into a change of season. And just a short note to all you bacon lovers, you now have your own dating site at Find Bacon Love. Just sayin!

This month we visit San Diego and the historic Keating Hotel originally built in 1890. HIS installed a wireless network that supported tiered services, including basic Wi-Fi for free, and premium Wi-Fi for a fee with authenticated sign-in capabilities for guests.

Our Scoop section as usual scours the media for helpful hints and insight into the hospitality biz. We close with some fun vids we have curated just for you.

We would love to hear from you – feel free to write and let us know what you are thinking about the state of things wireless or not. 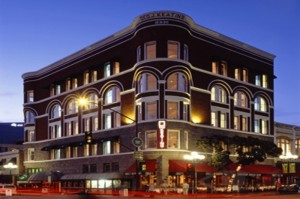 The Keating Hotel, a luxury hotel in San Diego, needed to replace its outdated and unsecured Wi-Fi infrastructure. With an increase in guests and devices competing for bandwidth, the hotel’s Wi-Fi experience became slow and inconsistent, impacting guest satisfaction.

The Keating Hotel originally provided basic, complimentary Wi-Fi for its guests and employees. The Wi-Fi network was unsecured, so anyone within range could access and use the network. With so many guests and unauthorized users simultaneously accessing the network, the hotel’s Wi-Fi experience did not meet guest expectations.

“The quality of our Wi-Fi didn’t match the boutique luxury experience we wanted for our customers,” said Keating Hotel General Manager Shane Pappas. “Connections constantly dropped and customers were complaining. Our leisure guests bring multiple mobile devices like tablets and smartphones to stream video or play online games. At the same time, our business guests required secure and uninterrupted access for email and online calls. Our Wi-Fi was so bad it had become a detriment to the guest experience.” 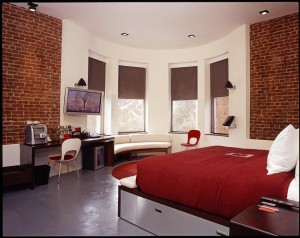 The hotel required better network coverage and more control over who accessed its Wi-Fi and how they used it. “We needed a way to provide every single guest with high-quality Wi-Fi all of the time,” said Pappas. “It was time to invest and upgrade our wireless platform and infrastructure.”

The hotel required a wireless platform that would support tiered services, including basic Wi-Fi for free, and premium Wi-Fi for a fee. To prevent non-guests from accessing the network, the Keating Hotel needed individual and authenticated sign-in capabilities for guests. The hotel also wanted a dedicated network for its staff.

To achieve this level of control, the Keating Hotel would have to integrate its wireless services with the hotel’s property management system (PMS). “Integrating with our PMS was one of our biggest challenges and became our primary goal to allow our guests to access their own Internet connection,” said Pappas.

HIS did an assessment and evaluation of the strengths and weaknesses of the hotel’s current wireless network and got to work. In order to access the hotel’s PMS system the Fusion Gateway was selected.

HIS installed the new wireless platform and integrated the network with the hotel’s PMS program as well as setting up the tiered Wi-Fi to support individual guest access, hotel staff access, and business meeting group access. 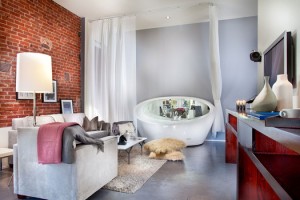 “The installation was seamless,” said Pappas. “We didn’t experience any outages in the process of rolling over to the new wireless networks. Our guests had no clue we were transitioning wireless networks. The entire process was quick and painless. And with the HIS support, we don’t have to worry about fixing the network if it ever goes down or if guests experience any sign-in issues.”

By integrating its property management system with the new wireless network, the hotel can now manage and quickly assign individual networks to employees, guests, and business groups to provide adequate bandwidth and network speeds.

“It’s a night and day difference from our previous network solution. We no longer have areas where Wi-Fi isn’t accessible, and thanks to the easy integration with our property management system, guest authentication is a breeze,” said Keating Hotel Marketing Manager Steven Manners. “The solution was affordable and turnkey. Since we don’t have to hire a full IT team to manage the network, we can allocate our budget and our staff to truly deliver a high-touch guest experience.”

Editor’s Note: That’s how we roll. Don’t you think your establishment could benefit from a little HIS TLC?

Get your Free Wi-Fi Evaluation Today!

We would like to introduce a new section of Connected called “Resources”. This will be a resource section with valuable downloadable information.

As the demand for faster Wi-Fi and greater bandwidth continues to grow, hoteliers are finding that guestroom video-on-demand is no longer as lucrative as it once was. Online content streaming services, such as Netflix and Hulu, have proven a challenge for cable and satellite companies’ business strategies, but one other area is facing the chopping block because of streaming content: video-on-demand in hotel rooms. As guests want faster Wi-Fi and more bandwidth during their stays to power their own content, the demand for in-room video-on-demand is going down, hoteliers said.   Read More from Hotel News Now> 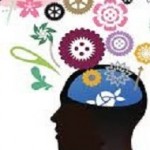 What Your Hotel Needs to Know about Guest Intelligence

Guest Intelligence is the in-depth analysis of online reviews and guest satisfaction survey data – which includes both during- and post-stay surveys, to provide detailed insight into what guests like and dislike about their stay, and determine how your hotel can improve the guest experience. By collecting and analyzing guest feedback, you no longer have to guess which actions will improve a future guest’s stay.  Read More from Hospitality Technology> 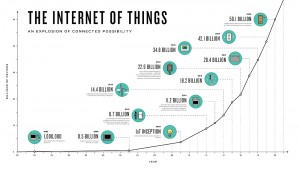 The Internet of Things: The Impact on the Travel and Hotel Industry

The Internet of Things (IoT) is a relatively large topic that is widely circulating around these days, but I think it is very important to point out its practical implementations. According to HOSPA in 2013 there was one device connected to the internet per person on earth. They forecast that by 2020, this number will increase to 9 devices per person. Currently, 80 ‘things’ connect to the internet every second but we will see this figure rise to more than 250 ‘things’ connected to the internet every second in just the next few years. Read More from Hospitality net> 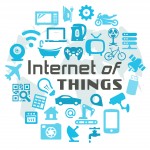 Three major tech firms made big news this month in the scramble for IoT dominance. The hospitality industry, despite its reputation as a technology laggard, has been dabbling in Internet of Things before the term got its buzz on. (For example, digital dialog between energy management systems and guest room door locks, or freezers that monitor how long a door has been open.)
Read More from Hospitality Technology>

It is apparently not just the preserve of small, independent hotels that are trying to capture the attention of tech-savvy guests. Until very recently, many believed the giant chains of the hospitality world were held back by their size or lack of understanding of the mobile connected of the modern traveler. Leave the cool, techie stuff to those with the ability to innovate quickly – at least, that was the perception.  Read More from Tnooz> 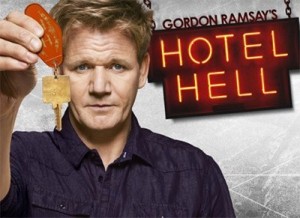 The next season of the hit TV series is looking for new hotels to feature. Will it be yours?

Fox network’s Hotel Hell is returning for another season and the production company behind the hit series is looking for new hotels, motels and inns to bring back to life for the television series starring well known chef and personality Gordon Ramsay. Check out one of the videos below.  Read More from Hotel Interactive>

This month we have some more of those rather strange yet funny hotel and travel videos. Take a moment and sit back and enjoy.

According to Google Air France’s ad is more popular than any other video from any other travel company so far in 2015. More than 50 million people have viewed the video on YouTube.

The once-historic hotel is being run by two spoilt sisters, Rina and Vanda Smrkovski, who received it as a gift from their father. However, the sisters are not up to running to hotel, and blame all of their shortcomings on everything except themselves, including the hard working staff. Ramsay gives them several options: shut down the hotel, sell it, or hand over its operations to a proper general manager. The sisters choose the latter and Ramsay helps improve staff and visitor morale, as well as the hotel and restaurant. He also sends the sisters away to grow up.

These Are the World’s 9 Best High-Tech Hotels 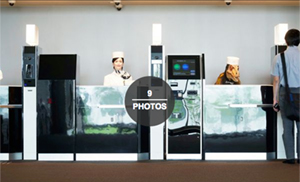 When you stay at the futuristic hotels of the 21st century, you’re not just away from home, you’re in an alternate reality that includes check-in kiosks, holographs, and infrared sensors that can control literally everything. How far away are we from a world where hotels are totally digital, and robots run reception and tend bar? Well, the revolution has already begun.

Experience the Power of a Bookbook™

Nothing to do with the hospitality industry but this is oh so clever video from Ikea. “At only 8mm thin, and weighing in at less than 400g, the 2015 IKEA Catalogue comes pre-installed with thousands of home furnishing ideas.