The Wagner at the Battery

“Since the HIS implementation, we have seen a tremendous improvement in our Medallia scores which now stand at a solid 10 for Wi-FI services, while our TripAdvisor ranking has also increased significantly,”

One of Manhattan’s most luxurious and widely recognized hotels, The Wagner at the Battery’s 5-star status demonstrates the property’s commitment to providing its guests with only the highest standard in amenities and services. Yet while featuring two fine-dining restaurants and dramatic views of the Statue of Liberty and New York City skyline, The Wagner at the Battery also understands the importance of catering to near unanimous guest demands for enhanced online connectivity. With vast majorities of today’s guests traveling with at least one smart device, hotel leadership significantly recognized the vital influence that a property’s Wi-Fi abilities can have on guest satisfaction rates and loyalty. 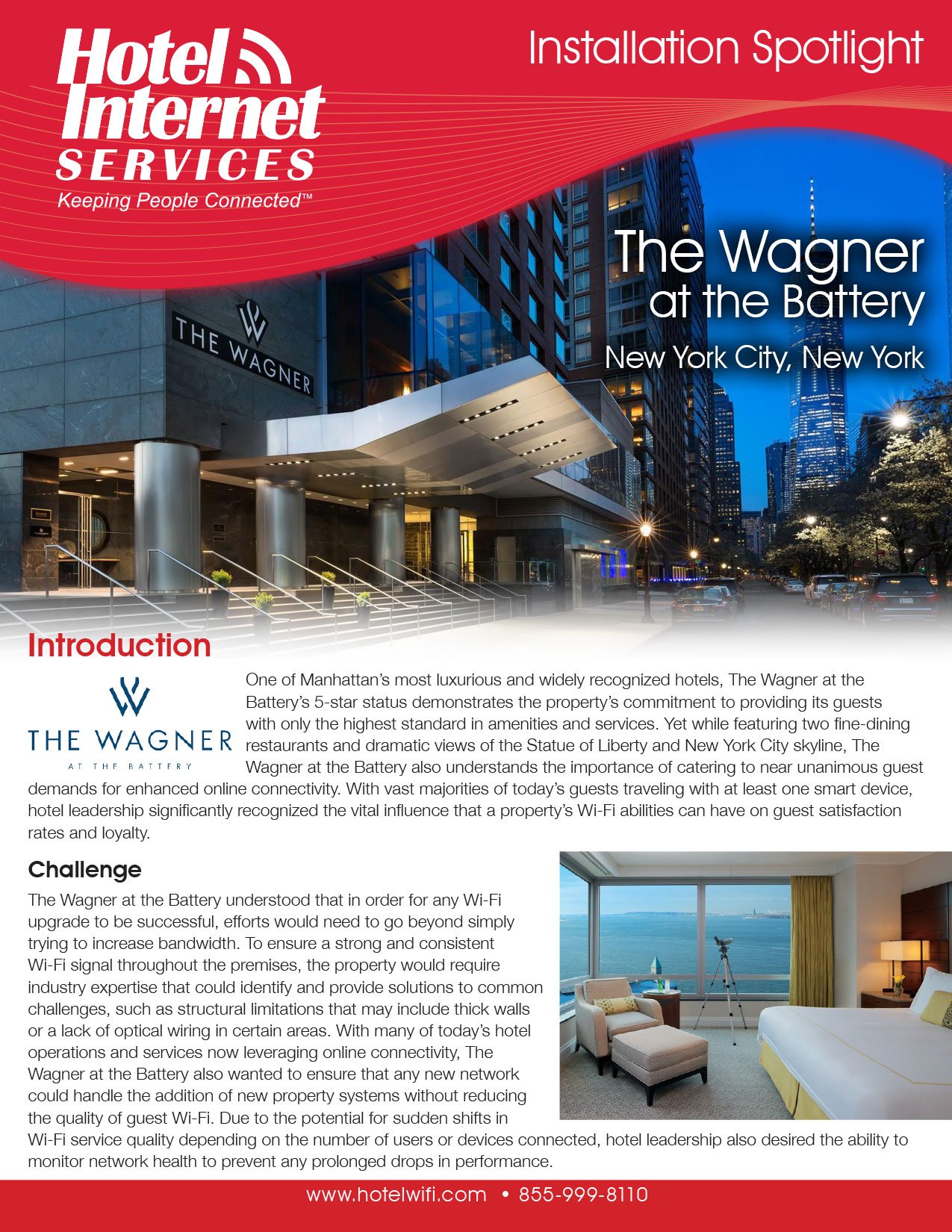 The Wagner at the Battery understood that in order for any Wi-Fi upgrade to be successful, efforts would need to go beyond simply trying to increase bandwidth. To ensure a strong and consistent Wi-Fi signal throughout the premises, the property would require industry expertise that could identify and provide solutions to common challenges, such as structural limitations that may include thick walls or a lack of optical wiring in certain areas. With many of today’s hotel operations and services now leveraging online connectivity, The Wagner at the Battery also wanted to ensure that any new network could handle the addition of new property systems without reducing the quality of guest Wi-Fi. Due to the potential for sudden shifts in Wi-Fi service quality depending on the number of users or devices connected, hotel leadership also desired the ability to monitor network health to prevent any prolonged drops in performance.

After learning of its industry-leading reputation from several of its sister properties, The Wagner at the Battery selected Hotel Internet Services to implement a Wi-Fi network that could meet guest demands for enhanced speed and reliability. With the hospitality industry also seeking out ways to enhance property safety, the hotel further sought out a network that could provide building-wide coverage for staff panic buttons without reducing guest internet quality.

“Since the HIS implementation, we have seen a tremendous improvement in our Medallia scores which now stand at a solid 10 for Wi-FI services, while our TripAdvisor ranking has also increased significantly,” says Alex Spektor, Managing Director at The Wagner at the Battery. “Guests now frequently comment on the ease-of-use and high quality service that they receive when connecting to our Wi-Fi, while staff members also note a significant improvement in utilizing internet-based technology to complete various staff requests. Having also just implemented the latest in panic button technology, we are also very impressed with the network’s ability to provide such devices with excellent coverage throughout the premises, including back of house areas, mechanical rooms and even stairwells.”

In partnering with HIS, The Wagner at the Battery also gains access to a proprietary dashboard, a portal that allows hotel staff members to manage all aspects of network performance and health. Notable features include the ability to analyze the number of online users, as well as support tickets and revenue generated through Wi-Fi purchases. With its ability to monitor the amount of broadband being used, along with the operational status of each segment of a property’s network, the HIS dashboard further ensures a hotelier’s ability to deliver the highest quality in guest Wi-Fi at all times. 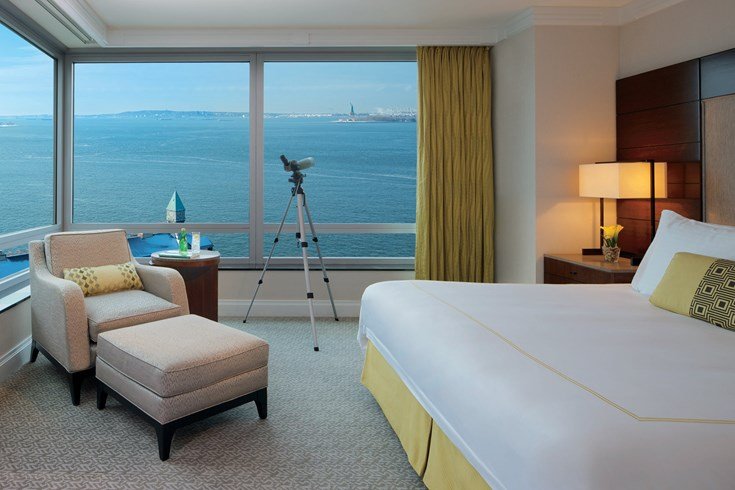